Press Release for the Album “Can You Feel It” 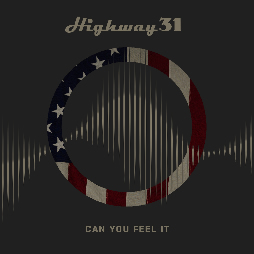 Can You Feel It is the third and boldest effort to date by Texas’ own, Highway 31. Building on the unique sound of their previous two releases, Traveler and So Hard to Say, this album is filled with guitar driven melodies and rich vocal harmonies, served with a measure of southern flare. It reflects the band’s multiple influences and provides an engaging showcase that plays like a favorite playlist. The title track is one of hope and inspiration, reflecting the band’s optimism on life and desire to share it.

The band then takes a fun and satirical view of today’s social media obsession with “Social Media” followed by the mood driven songs “She Moves Me” and “Turn Back Time” - the first reflecting passion for another in the present, the latter longing for forgiveness and passion from the past. From there, they jump headfirst into the Country/Americana-crossover genre with the train-driving, Telecaster-twanging, up-tempo “North Texas Side” reflecting their true versatility as artists, while highlighting their Texas roots and ability to deliver a high-quality offering in this space.

The album wraps up with the retro, early pop influenced “You’re Everything”, followed by a bonus track featuring a live acoustic version of “So Hard to Say” from their second release.

Highway 31 continues to show their ever-evolving style with this fresh and independent new record.