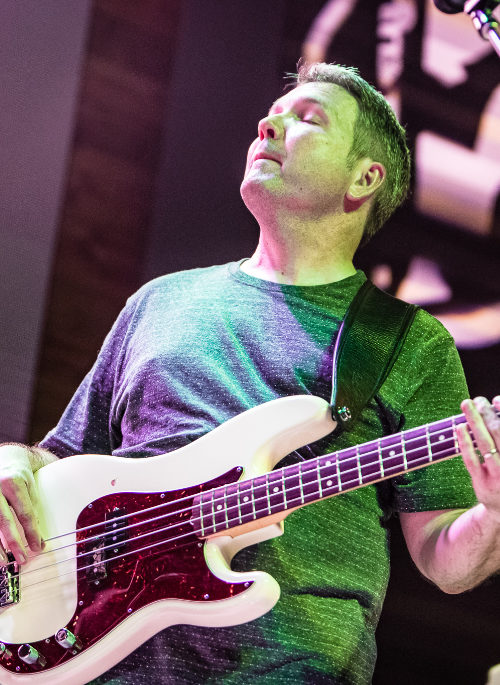 Growing up as the youngest of 6 kids, Ty had many musical influences listening to what his 4 older sisters and brother would have on vinyl…. Ty’s Dad was a music lover and sang baritone in Church choirs and choruses. Music was always part of his household growing up and all of his siblings played some kind of instrument – piano, guitar, horn instruments etc. Ty got his start playing music by playing cello in youth orchestra for a couple of years. During that time, his older brother Kurt started taking guitar lessons and since he played guitar, Ty gravitated toward bass having played cello and found his love for the lower register in music. He credits his appreciation for the rhythm section to his Dad who always would hum along to the bass lines in music – “that’s what his ear always heard and the apple didn’t fall far from the tree”. He got the privilege of playing in his first band with his brother Kurt who was three grades older than him starting when he was in 7th grade which was quite the growing up experience for him playing music from such legendary artists as The Cars, REO Speedwagon, ZZ-Top. Being pretty much self-taught, Ty has learned his craft by listening and watching others over the years and believes that the role of bass is to lay down the foundation for the rest of the band.